Whilst year 4 were away at Hooke Court, the year 3's had a 'magical' time with Mrs Darby and Miss Reeves. The year 3 children became mini witches and wizards as they worked together in groups to make and create magical spells and potions. Using their knowledge of capacity and volume, the wizards and witches had a choice of ingredients including Dragon's blood and Goblin's Tears and they chose what they needed to make their potions which had to be 750ml.

In order to get their potions to work, the children had to make magic hats and of course they needed a wand (which came in the form of sticks they found in the wildlife garden)

To help make up their spells the children looked at William Shakespeare's poem 'The witches song - Double, double toil and trouble' from the play Macbeth. The spells are now in our own spell booklet in the Sharks classroom.

Fillet of a fenny snake,

In the cauldron boil and bake;

Eye of newt and toe of frog,

Wool of bat and tongue of dog,

For a charm of powerful trouble, 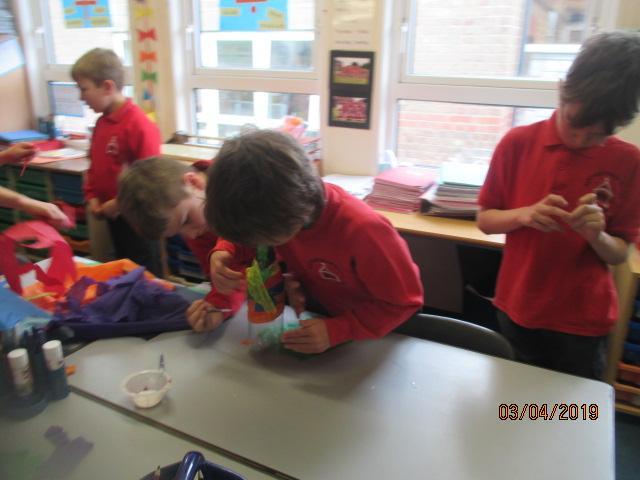 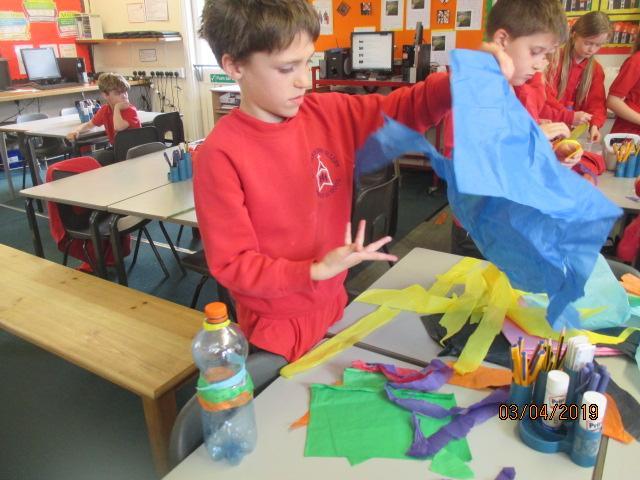 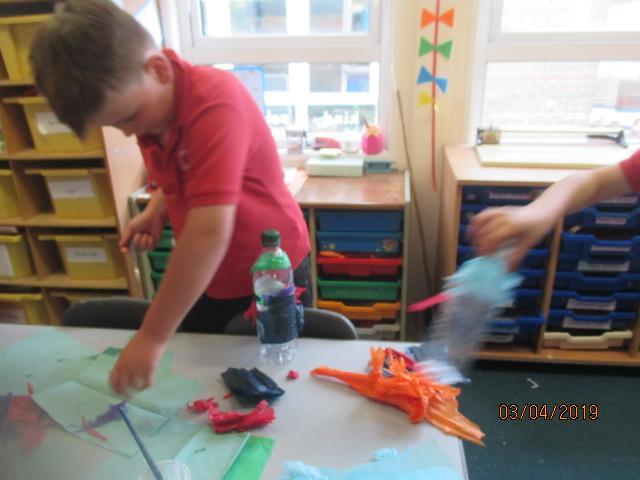 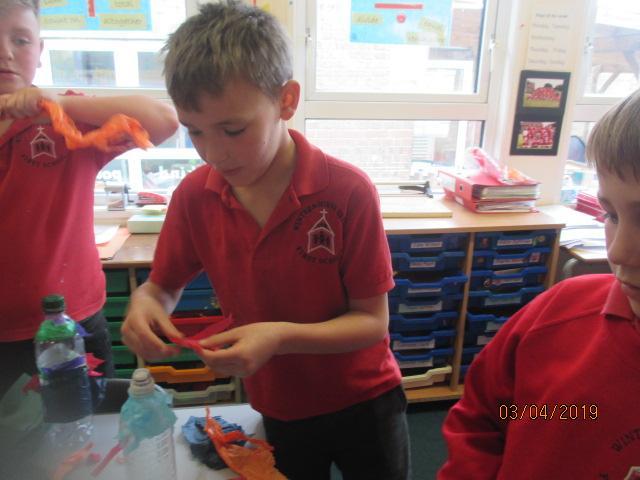 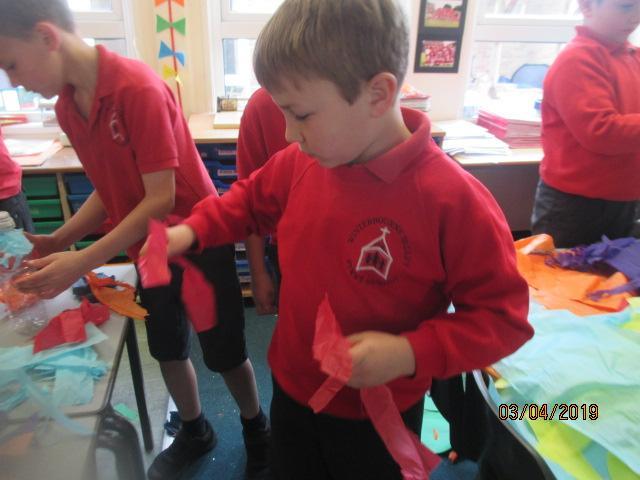 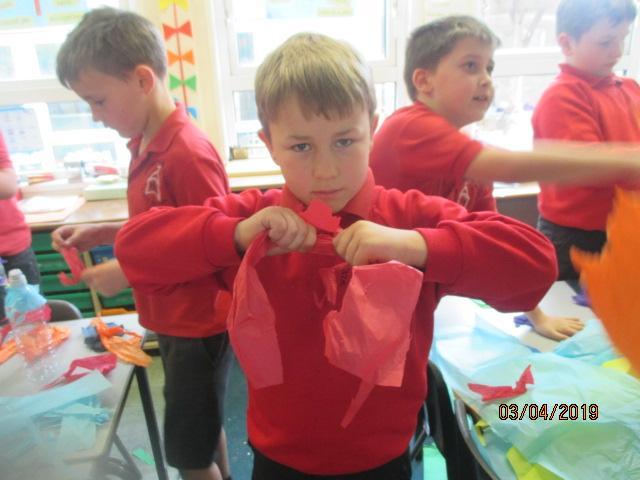 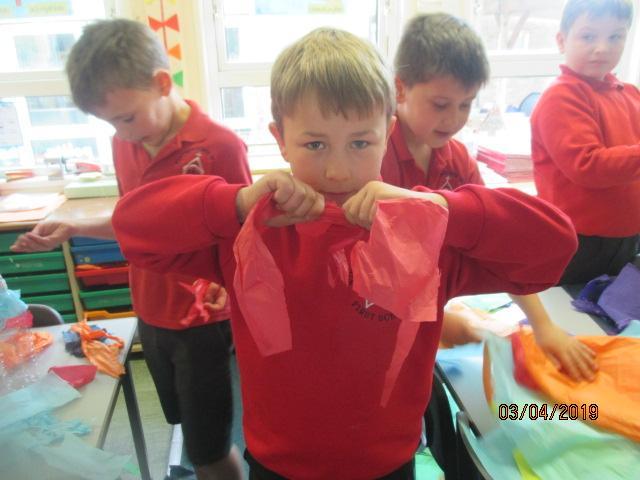 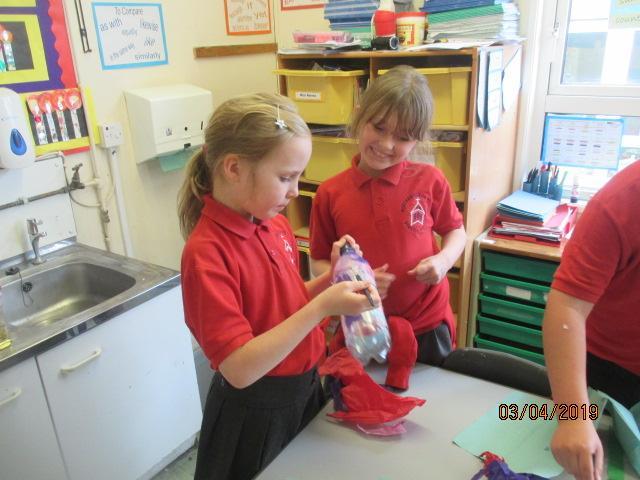 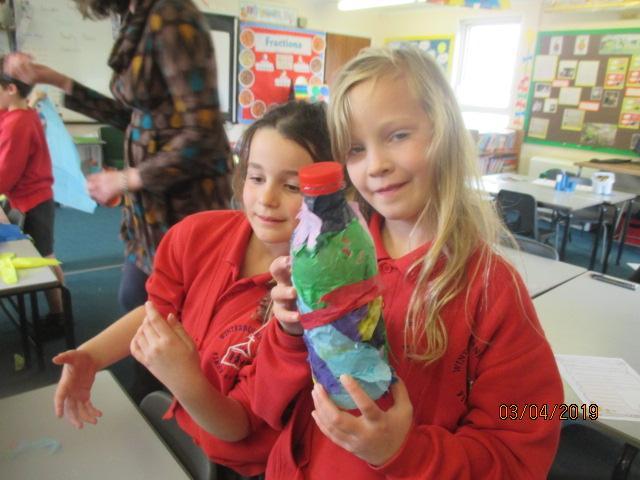 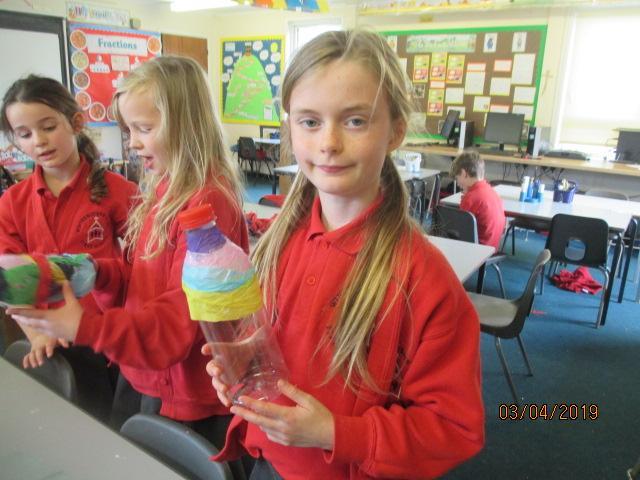 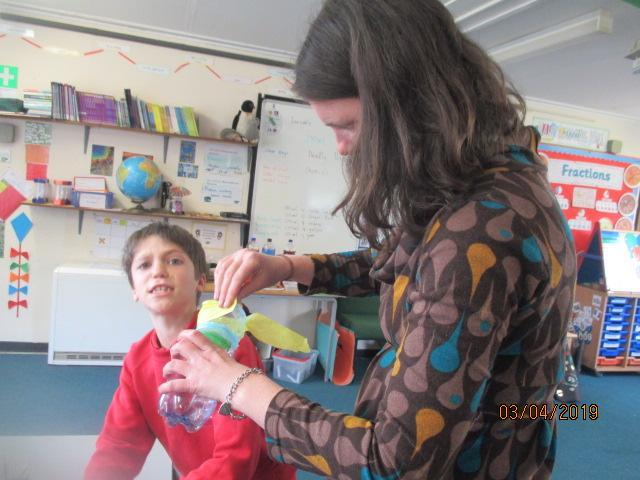 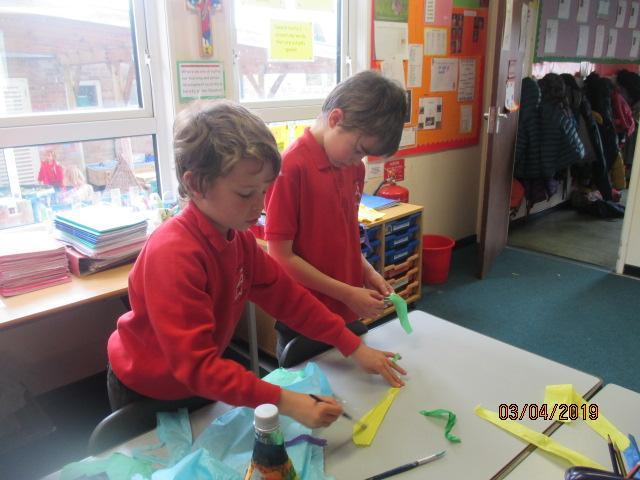 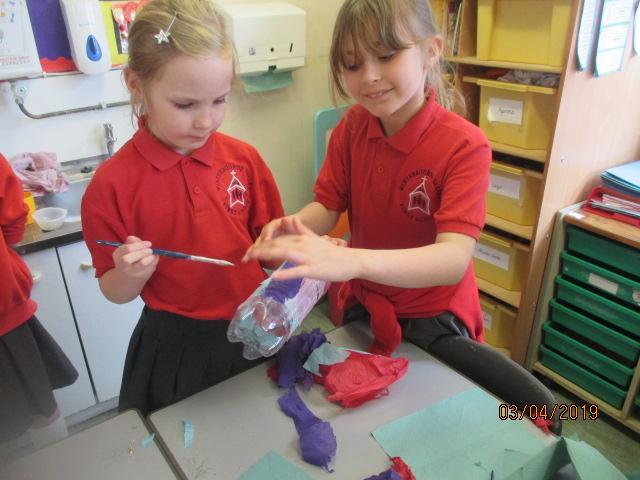 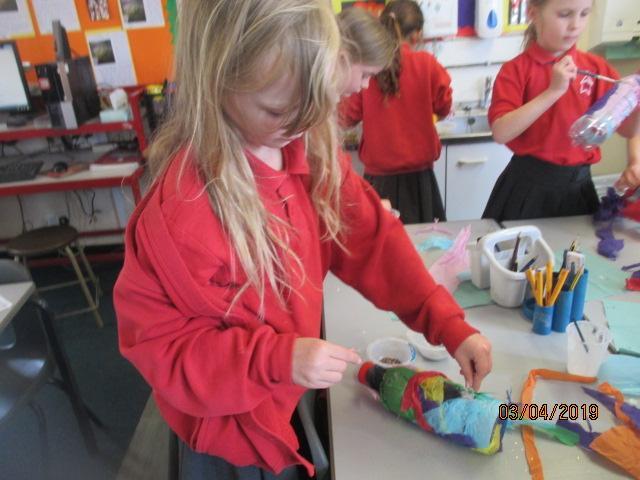 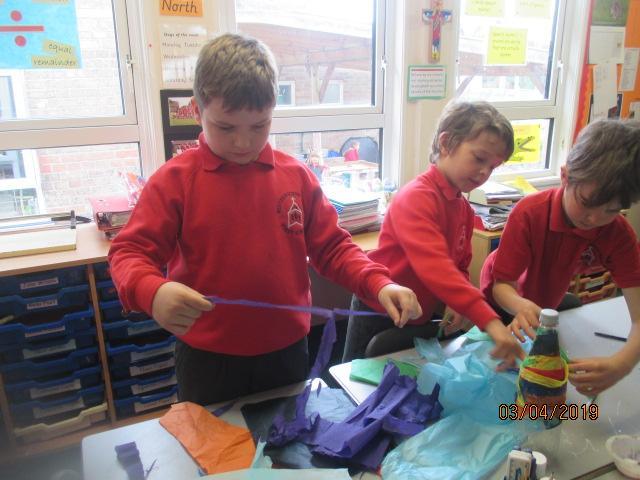 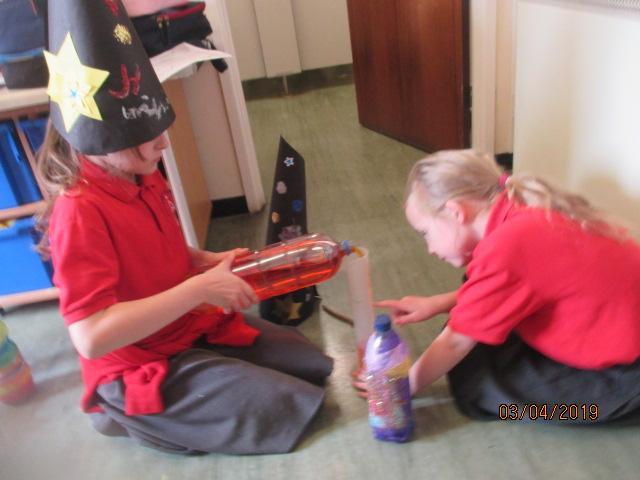 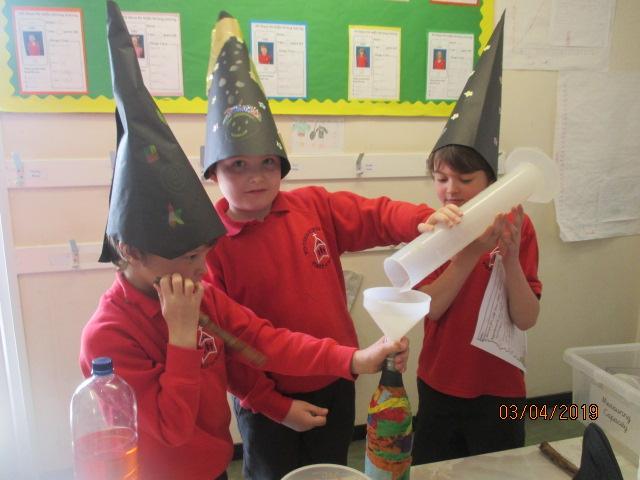 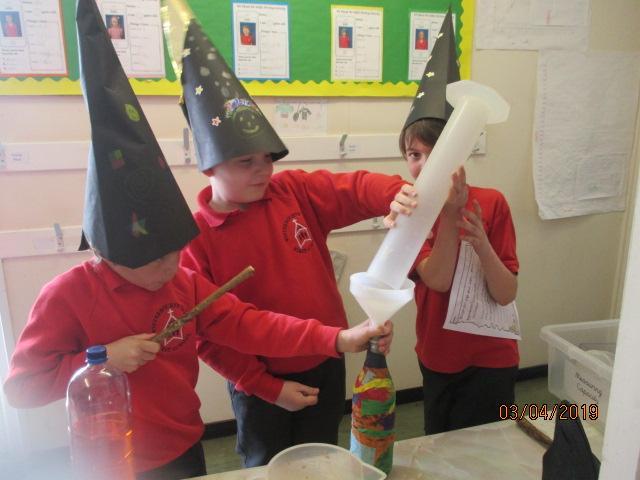 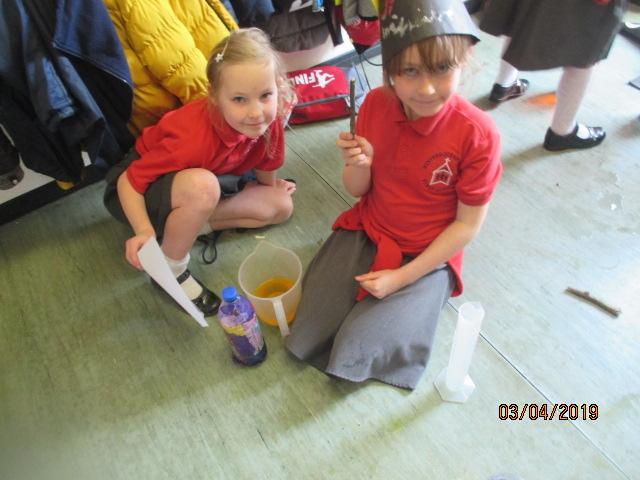 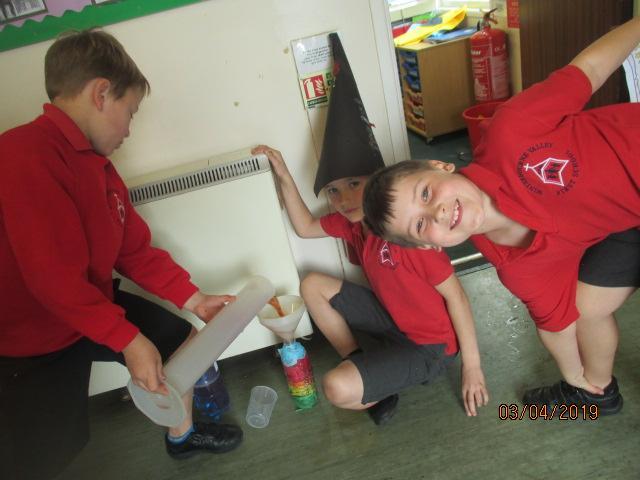 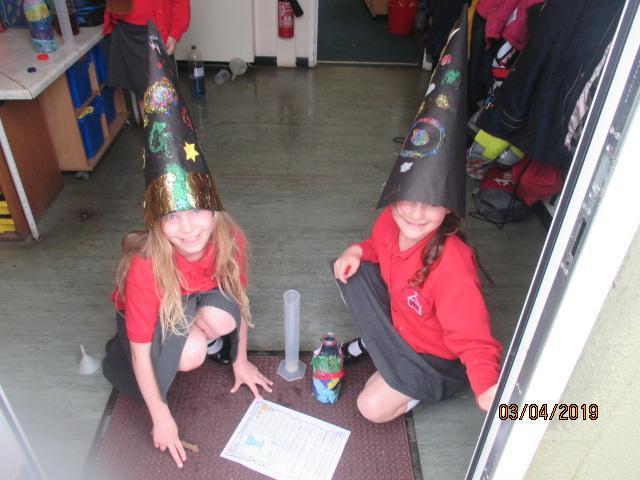 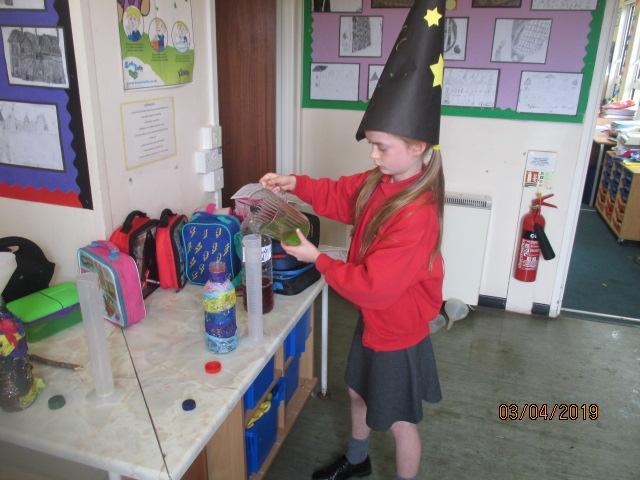 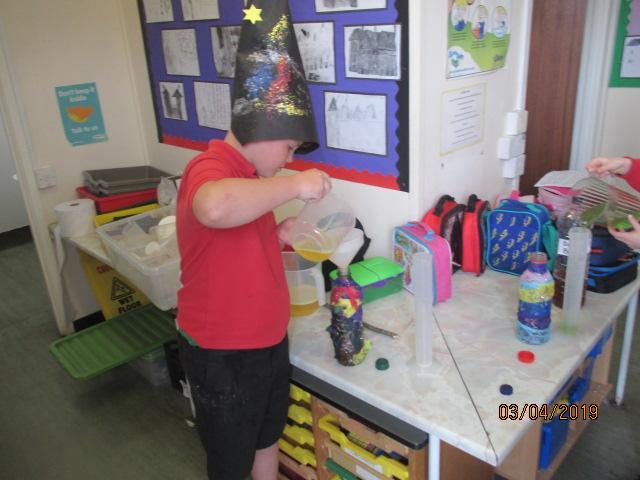 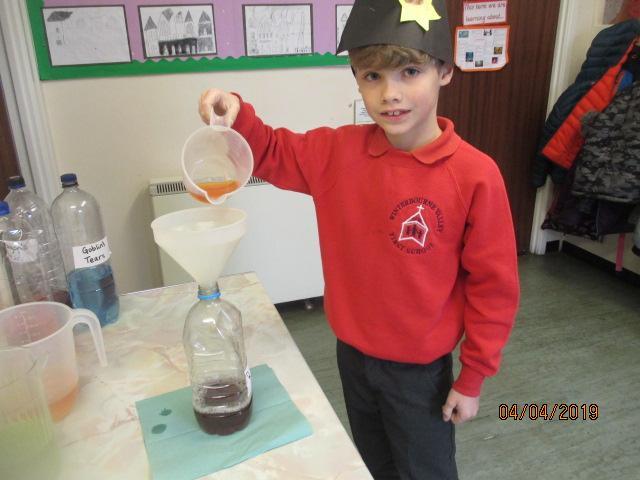 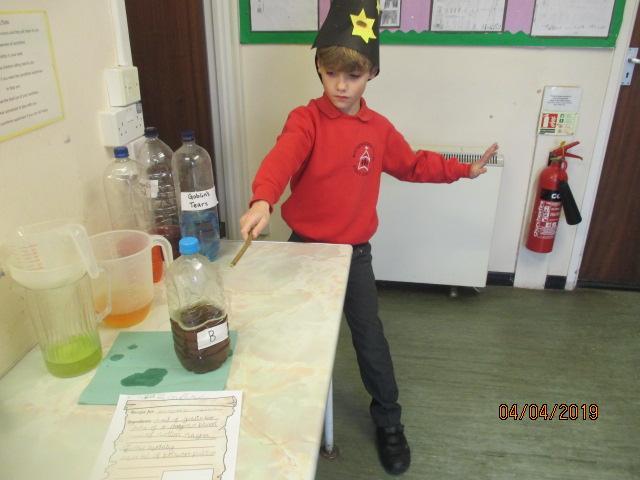 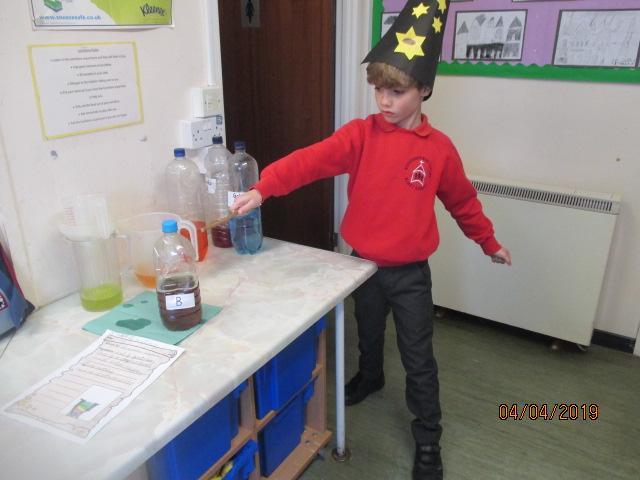