Our focus celebration this week has been Remembrance Day, which has allowed the children to develop their knowledge & understanding, following on from their previous learning the week before.

We have been very lucky to take part in the Keep Military Museum's Poppy Project this year. The children were asked to draw around a poppy template on a piece of red felt, cut out their poppy & then draw a black spot in the middle. These were then sent to the Keep & displayed on nets around the museum.

The children have learnt some lovely new words about Remembrance Day such as - veteran, battlefields, wreath, Cenotaph, parade, tank, letters & parade, all of which have been used during their weekly literacy activity.

The children enjoyed watching some of the Remembrance Sunday Parade & sharing their own experiences abut their families with one another. They have also taken part in activities such as fine motor skills, placing beads on the spots on the poppies, cutting out the poppy template & moving the army vehicles around the battlefield. Maths activities such as - counting the poppies, colour by numbers & ordering the poppies according to their size from smallest to biggest.

Thank you to everyone for their kind donations for Children in Need, the children all enjoyed wearing their non-uniform clothes! 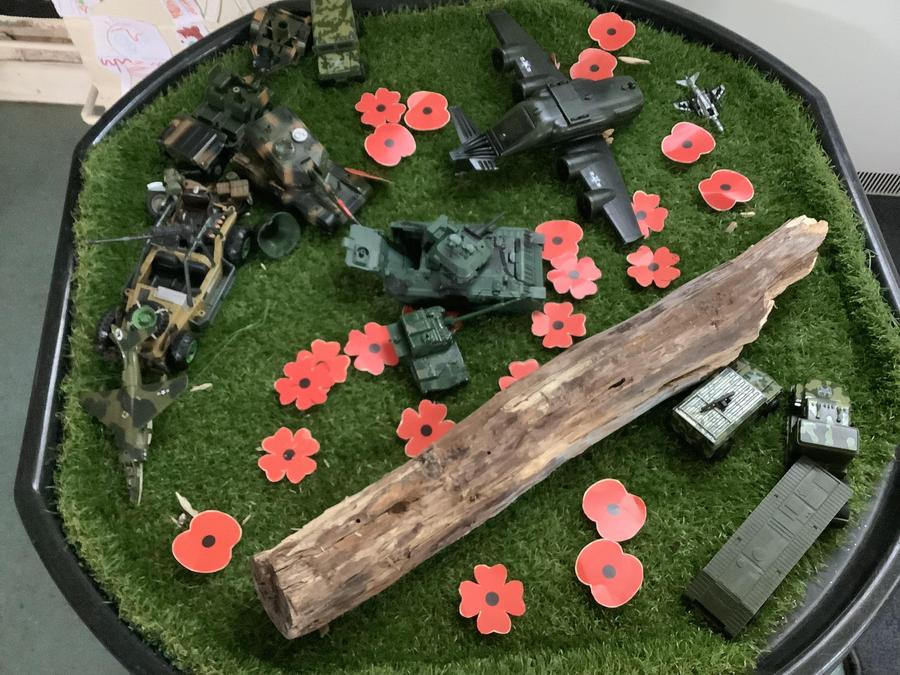 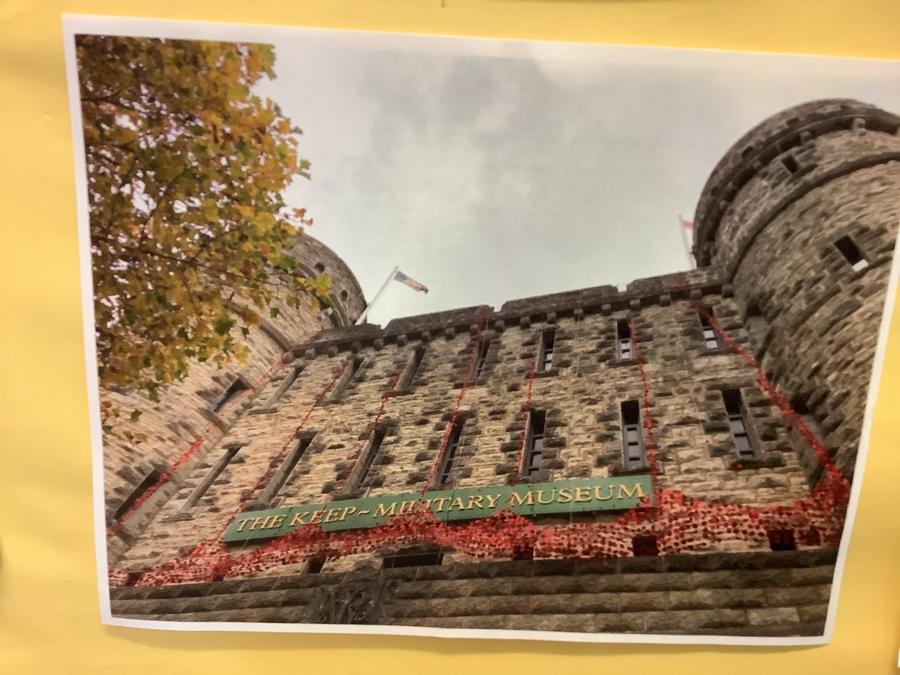 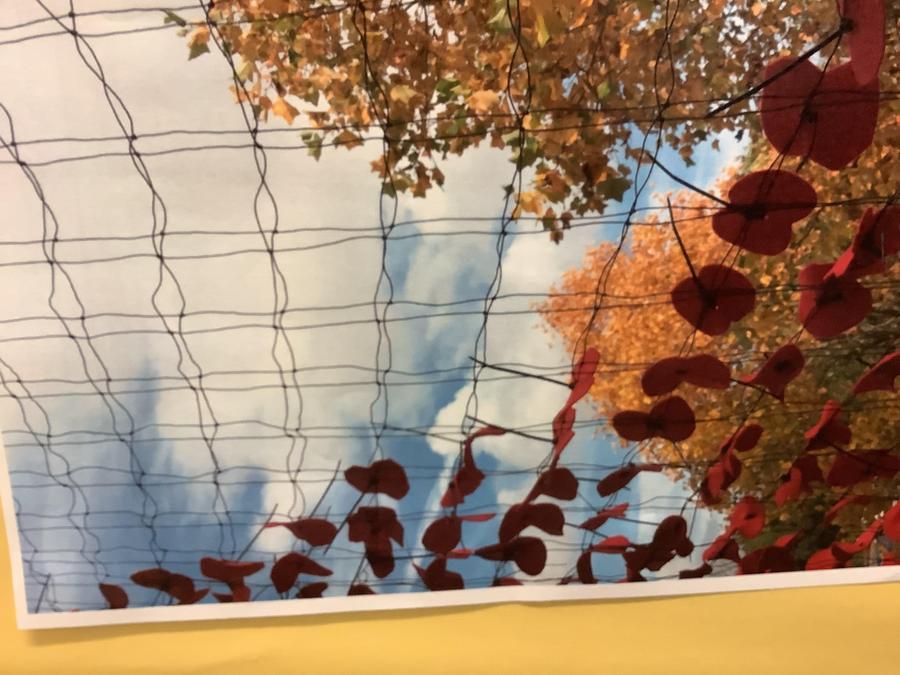 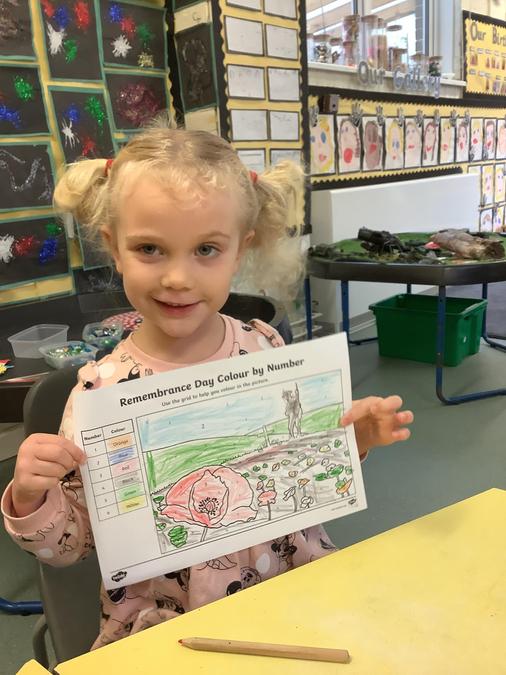 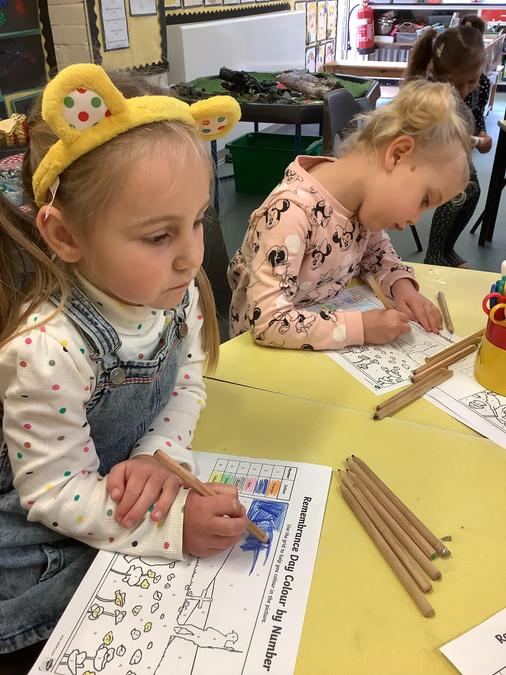 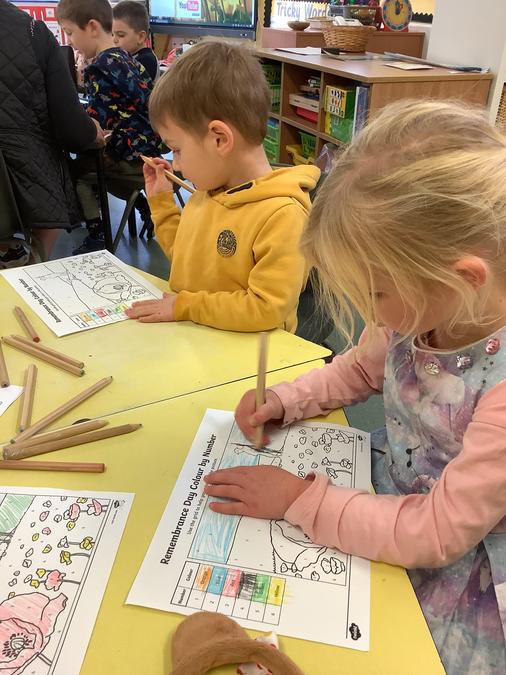 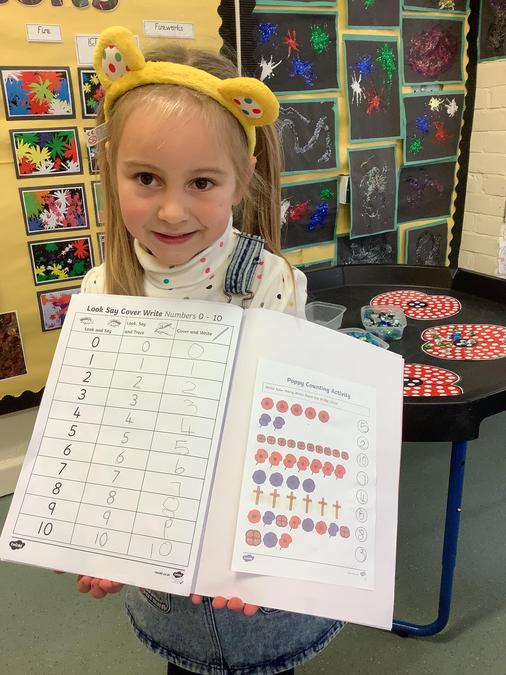 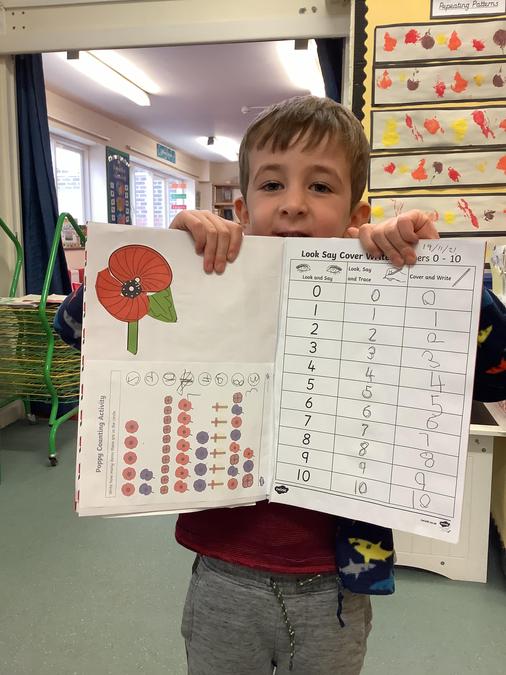 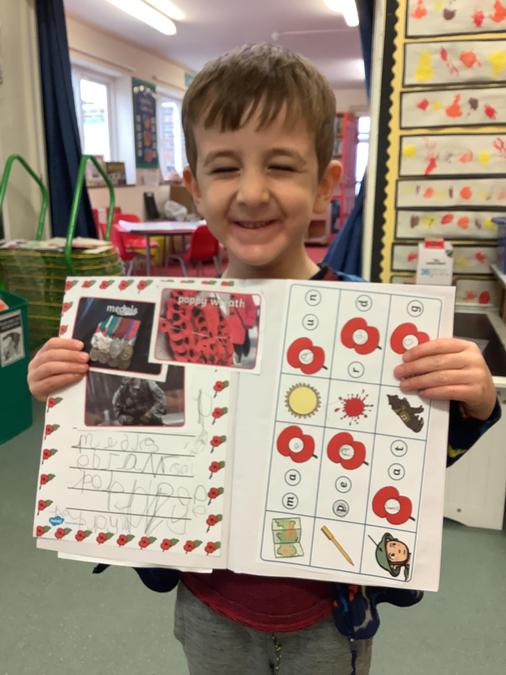 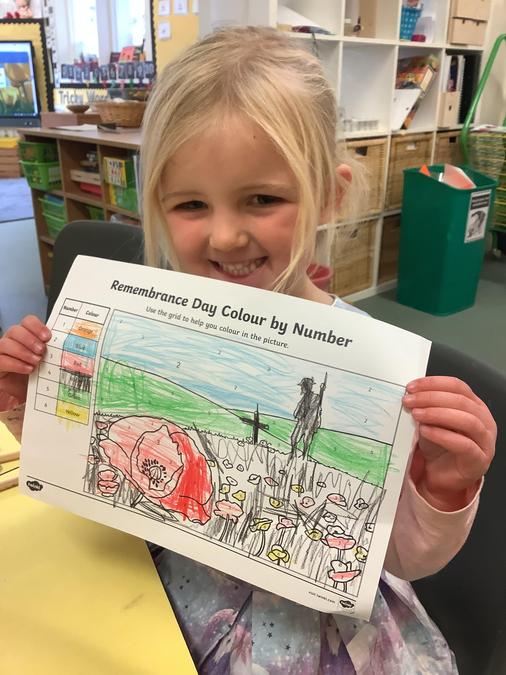 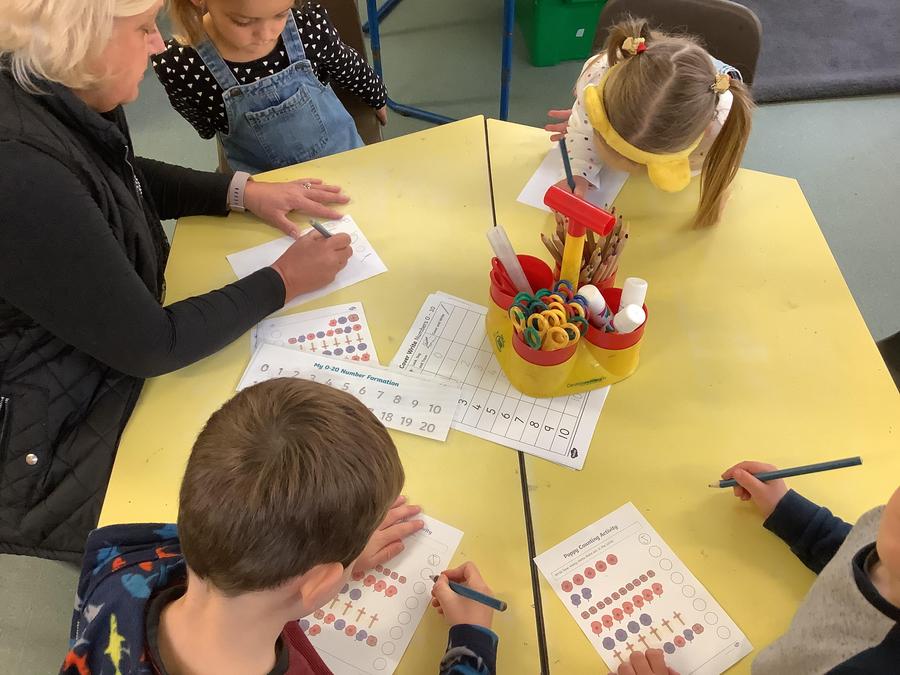 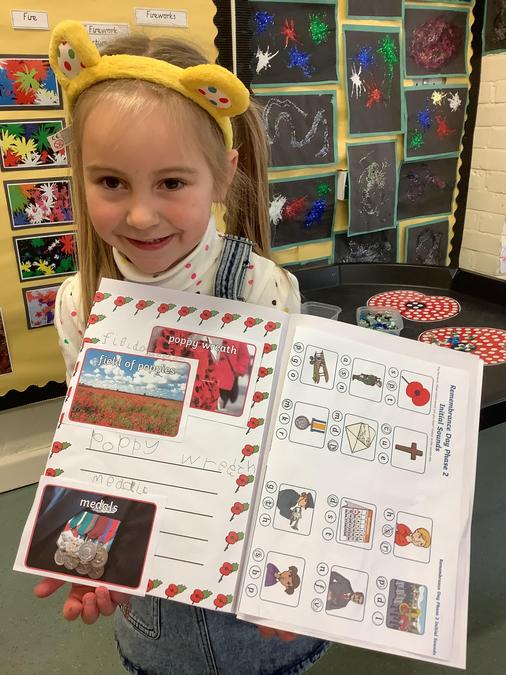 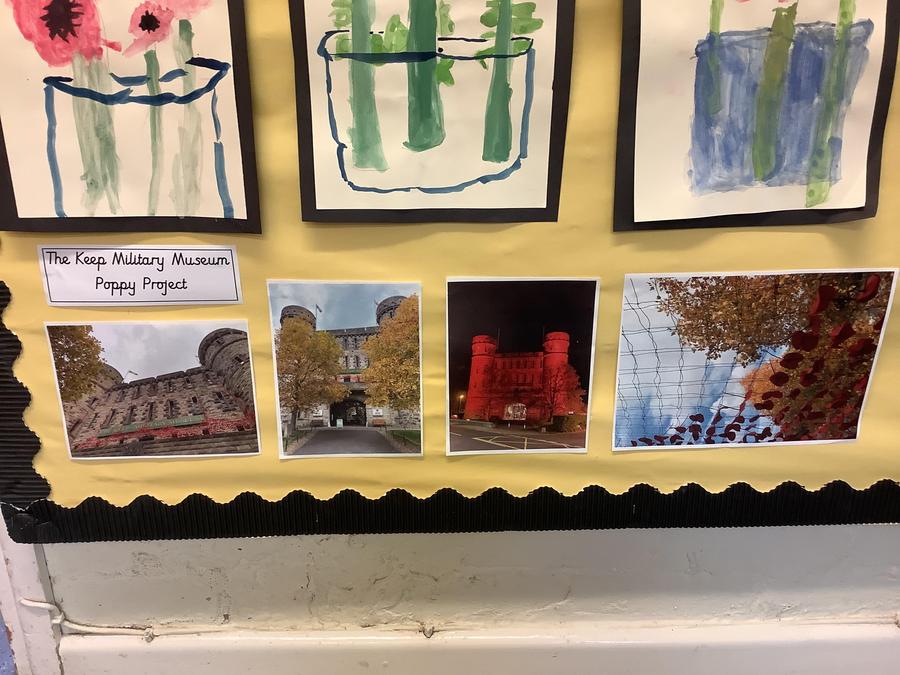 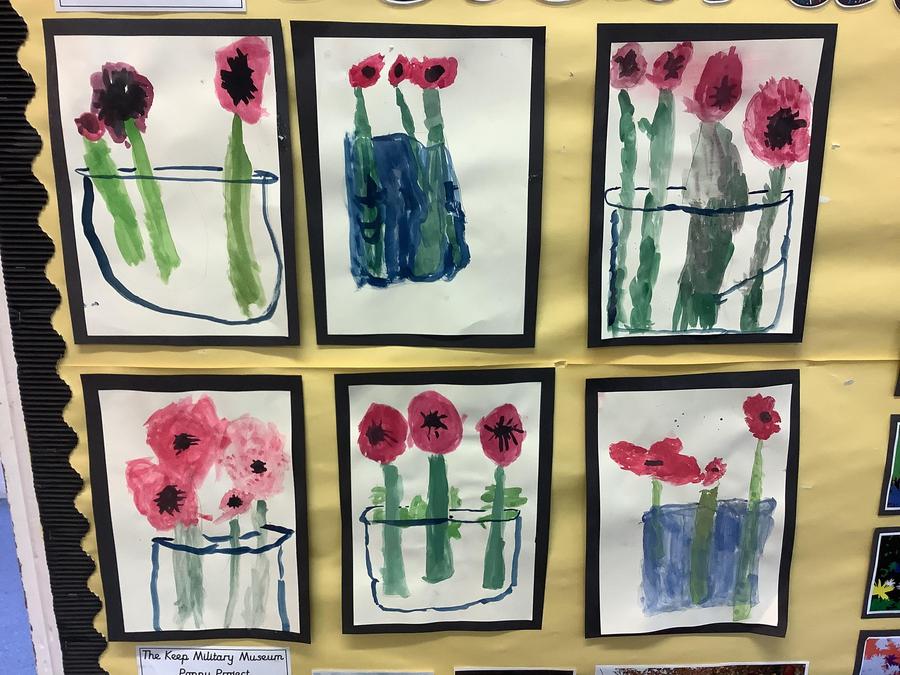 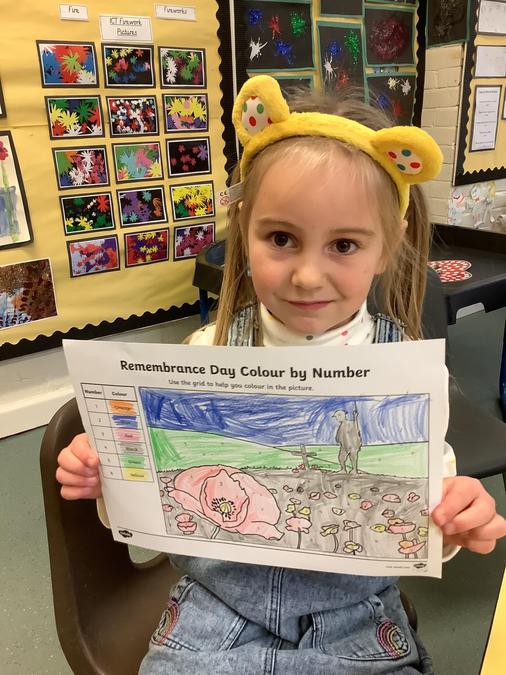 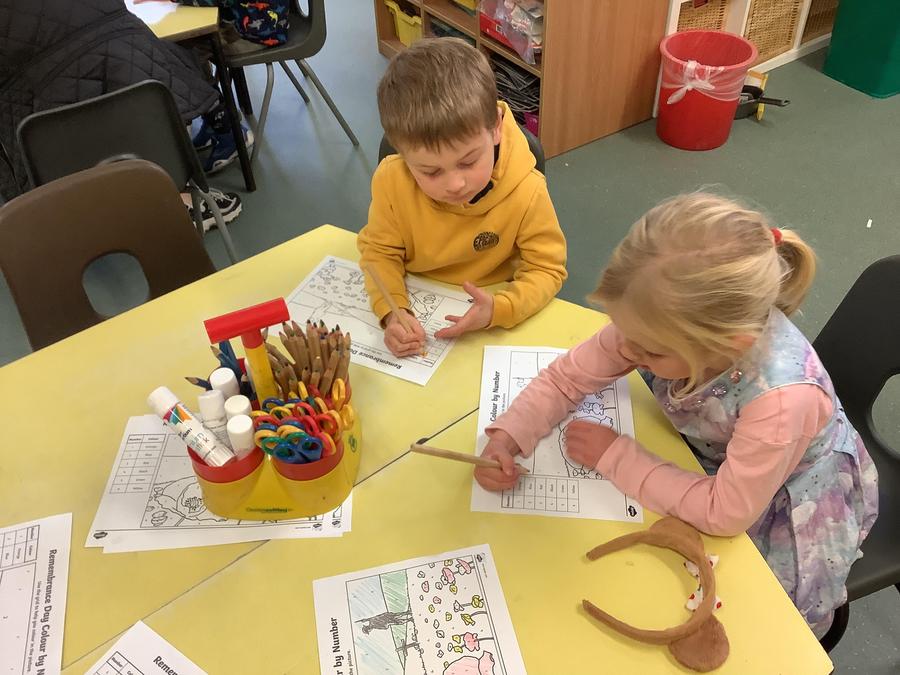 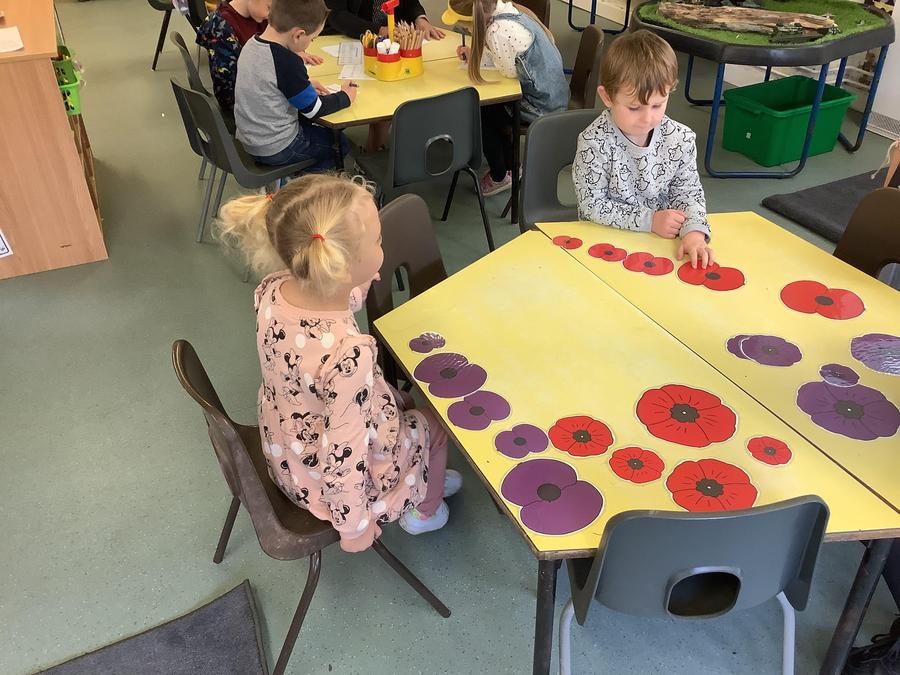 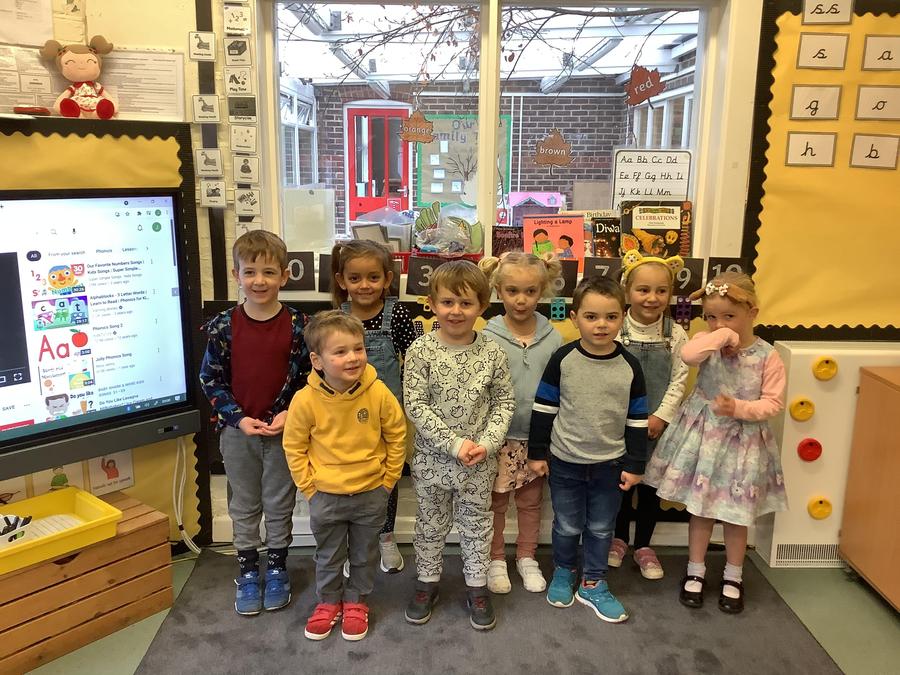 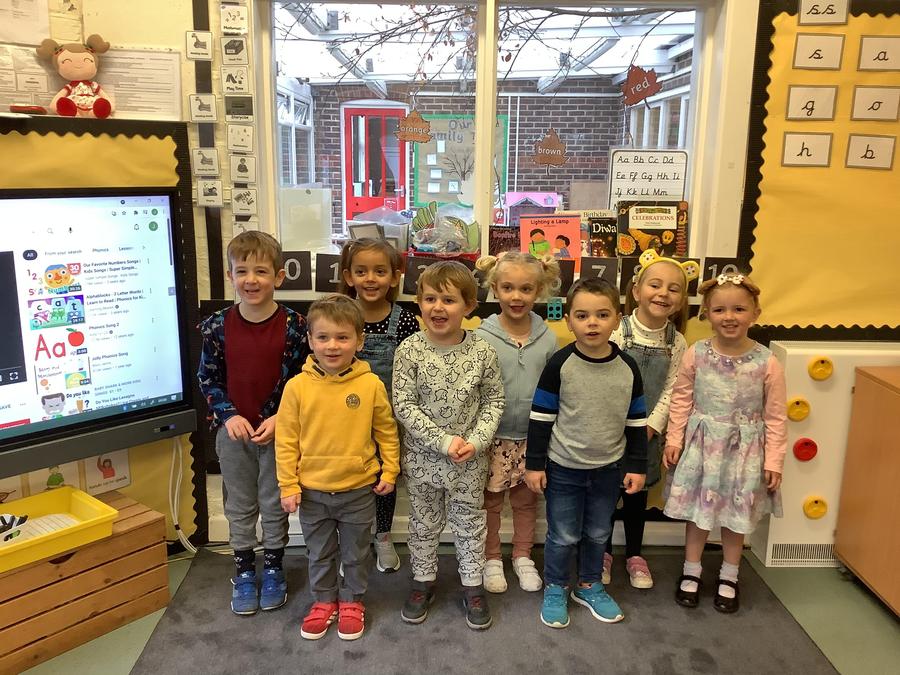