Kirsten and Jim the Bin from Dorset Waste Partnership came in on Wednesday 30th January to do a special reuse, recycle, reduce assembly. The children were asked what recycling means and two children were asked to sort out a bag of 'rubbish' and decide which recycling bins the items should go into. Then some children were given items and asked how they could be reused. The t-shirt they decided could go to a charity shop or be turned into a bag, the cereal box could be used for crafting and the ice cream tub for storage. They then had to come up with ideas about what to do with left over food from a roast dinner - we could make sandwiches, soup, pies or stews.  The final part of the assembly involved finding out about compost and what can and can't be composted. The children all did really well answering questions and coming up with ideas.

We do lots of recycling in school from paper and cardboard to composting and don't forget our textile bin in the car park which raises money for projects at school to do with eco and our environment! 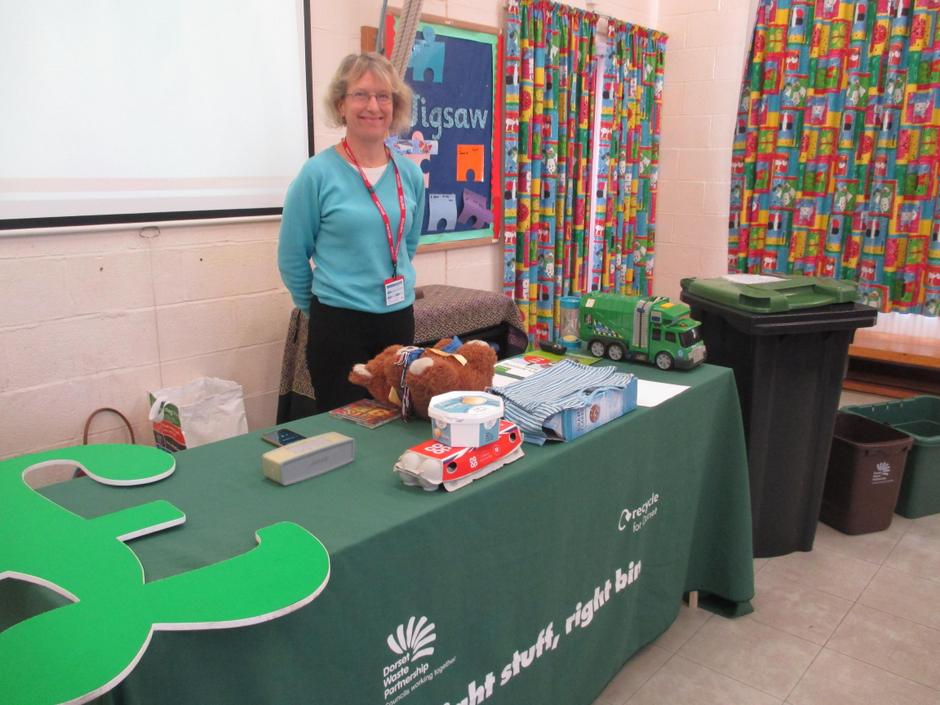 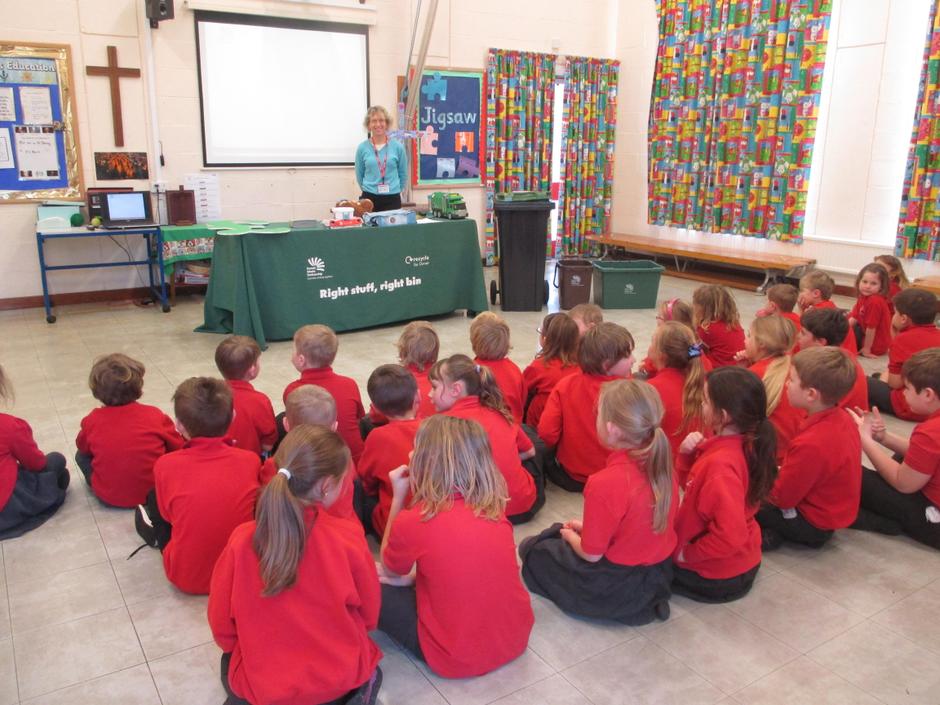 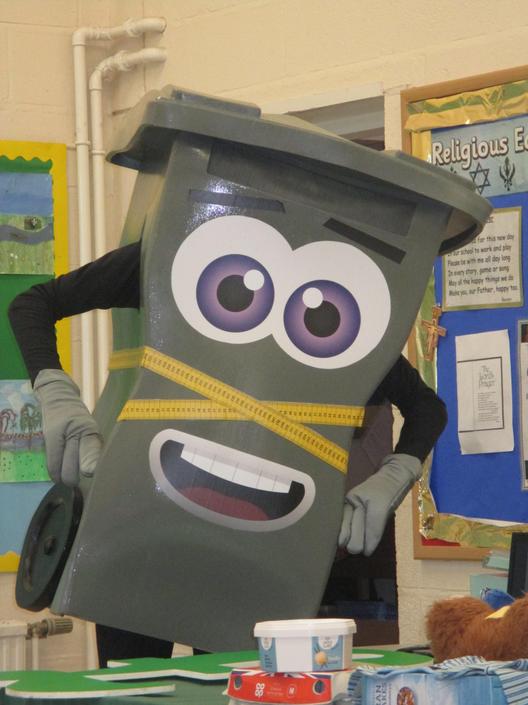 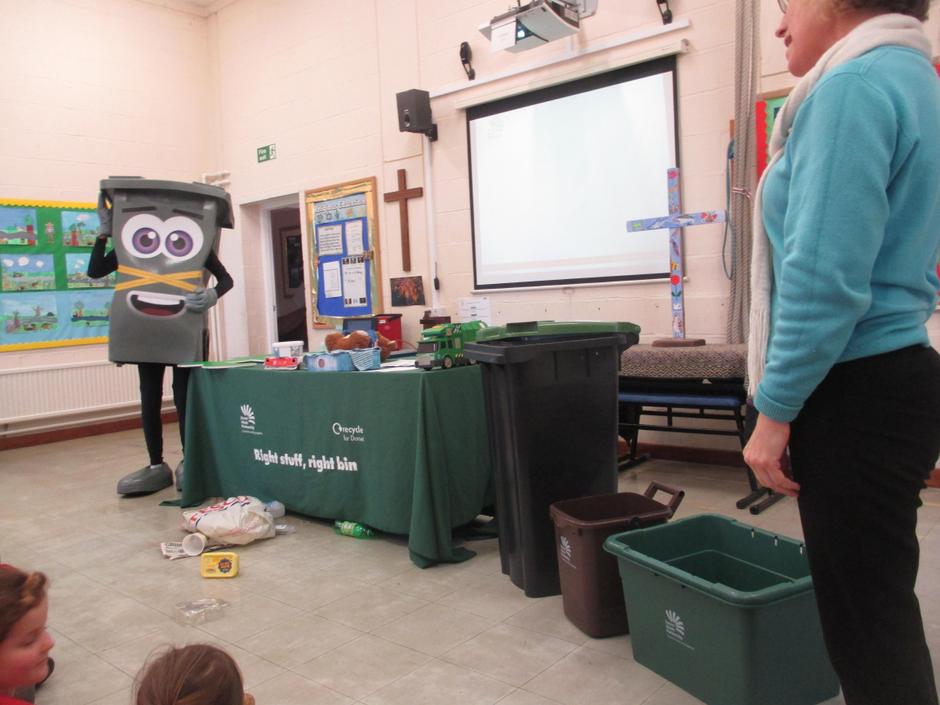 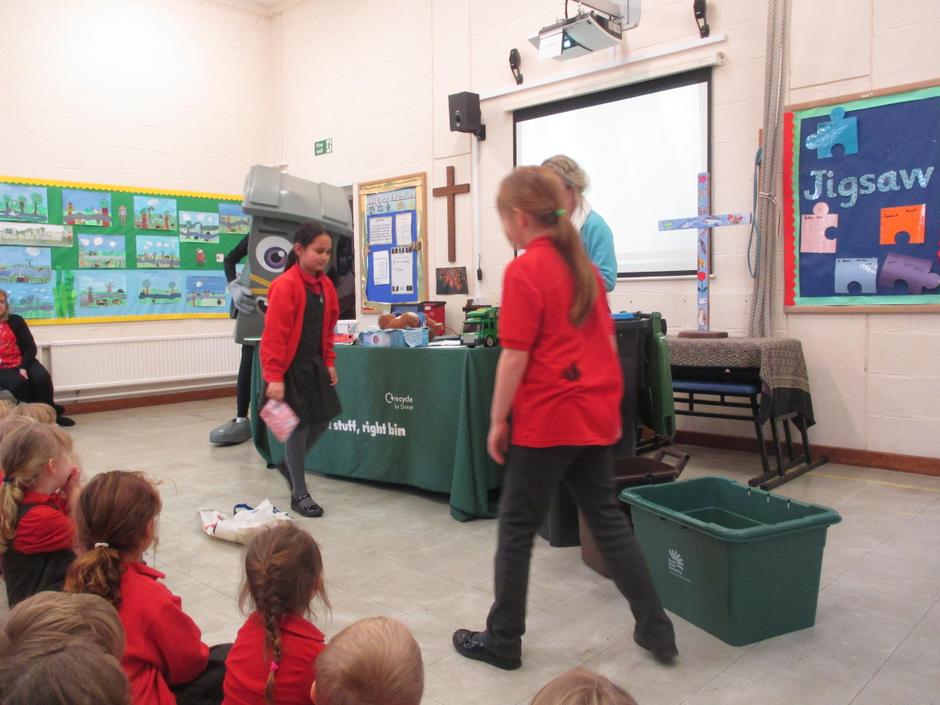 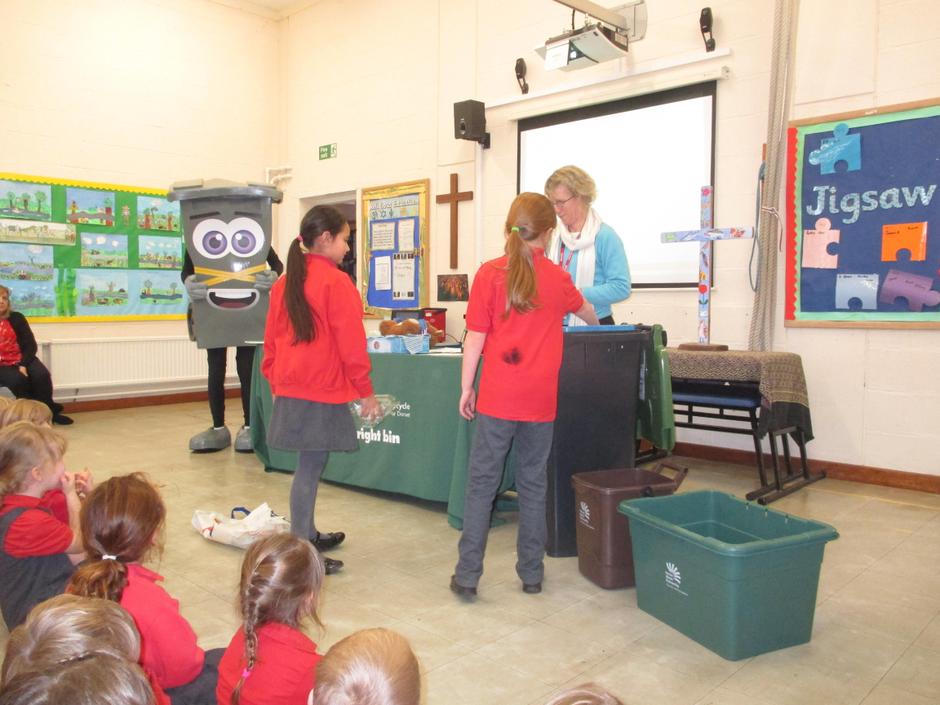 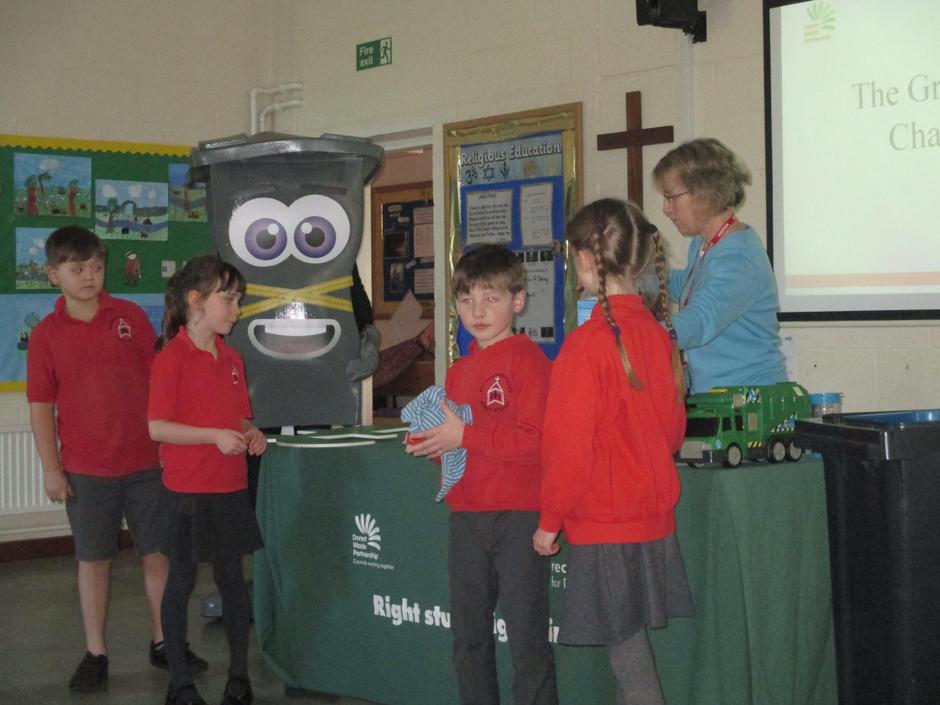